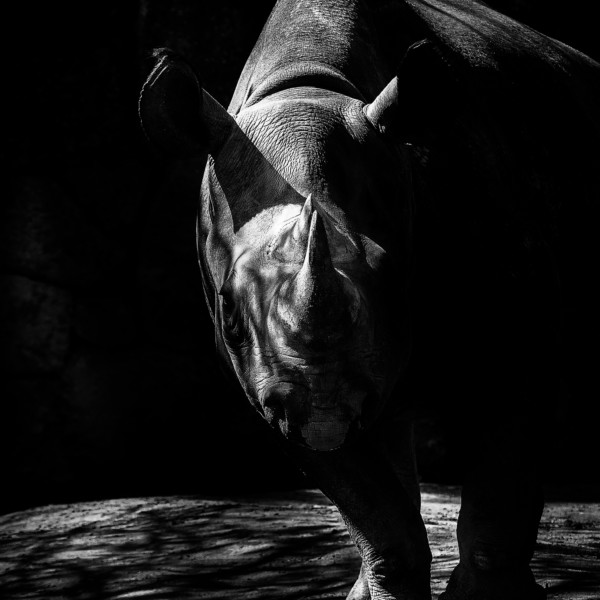 From cave paintings to the woodblock prints of Dürer’s Rhinoceros1, pictures of large animals have long been a part of history. The shadows woven on the earth by sunlight filtered through trees are quite beautiful and for that reason, I waited patiently for them to emerge. The addition of the singular form of the rhinoceros lends them an even greater, spiritual beauty.

1 Dürer’s Rhinoceros
Albrecht Dürer was a German Renaissance painter and theorist who became widely known for his woodblock prints. His Rhinoceros was a depiction of an Indian rhinoceros, based only on notes and rough sketches from a witness who had seen the animal on display in Lisbon. Although it includes anatomical inaccuracies, the drawing was widely popular and believed to be a realistic reproduction until as late as the 1750’s.